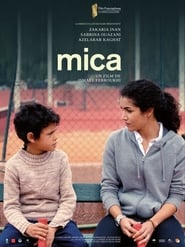 Mica, 10, lives with his mother and sick father in a slum in the suburbs of Meknes, which is destined for destruction. A friend of his parents’, a handyman in a tennis club in Casablanca, takes him as his apprentice. Mica finds himself propelled into a whole new world where a new life awaits him. Mr. Slimani, a rich and cultured man and owner of the club, dreams of making his son Omar a tennis champion. To this end, he hires Sophia, a former French champion, as a private trainer. But Omar has very little talent and no passion for the sport. On the other hand, Sophia will eventually notice Mica and take him under her wing….

If you enjoyed Mica then check out these movies!